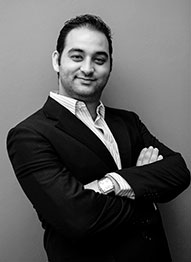 Joined Jim’s by purchasing Jim’s Carpet Cleaning, a division of Jim’s Cleaning Group. Using his marketing skills, Ali Olmez has experienced substantial growth with leads by 150% within the first 3 months.

Within a year, Ali Olmez purchased South East Melbourne, Geelong and Regional Victoria and thus became the franchisor for the whole state. Early in 2009 Jim Ali added Sydney to his profile.

From 4 franchisees in October 2007, Ali increased this amount to 25 thus becoming the largest carpet cleaning company in Victoria. 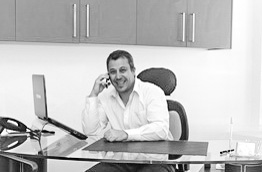 Started his own cleaning company in 1994 – within six months it was running successfully. Six years later, his skills honed and armed with invaluable ideas he quickly realised that his company as a national household name was financially beyond his reach. He set out to explore opportunities to exploit his expertise and knowledge of the cleaning industry, his research led him to the Jim’s Group, giants of the franchising industry and already in possession of a hugely successful brand and system.

Skill, dedication and persistence, has turned this “dirty business” into a $10+ million company in just a couple of years, and it’s still growing at a phenomenal rate.

Haydar purchased a Regional Franchise for Jim’s Cleaning in Western Melbourne, re-branded his existing business and the rest, as they say, is history! Within 3 years Haydar purchased the remaining regions nationally, now giving him sole ownership of the “Jim’s Cleaning” empire, adding another chapter to the success story. As the National Franchisor responsible for leading the Jim’s Cleaning division Haydar is committed to further development, to achieve a level of success beyond his initial expectations.

Clearly one of the crucial benefits of this particular franchise is that it is not weather-dependent, ensuring its enormous potential. The pairing of Jim’s extensive infrastructure and Haydar’s dedication and proficiency, Jim’s Cleaning may well eclipse all of the other company divisions. It’s no surprise that prospective small business owners are eager to participate in the Jim’s Cleaning phenomena – undoubtedly, its greatest attraction is the lifestyle that comes with being a Jim’s Cleaning Franchisee.

Jim’s Cleaning offers a wide range of training programs for its franchisees who, in turn, provide the highest quality service and work to both the commercial and domestic market, all in accordance with Australian Standards. Both Jim and Haydar share a common philosophy that a focus on service to customers, as well as doing the job faster and better is the key to success. Thousands of Australian homes and businesses who have utilised the service now understand there is a “Jim’s difference” and why they are market leaders.

With cleaning services in high demand, Haydar soon realised that to be an innovative leader in this industry there was a need to diversify and segment the different services, thereby enabling each to develop independently and expand on its own. Such a realisation saw the segmentation of the overall general division into Carpet Cleaning, Window Cleaning, Car Cleaning, Pressue Cleaning and, more recently, Blind Cleaning all now operating as stand alone divisions offering franchisees the ability to specialise in their field.

This unique blending of philosophy and commitment to exceeding customer expectation opens the door to globalisation. To this end there are now franchises available in New Zealand, Canada and now in the UK.
“I believe if you are not committed to an idea then don’t even bother, don’t dabble”, says Haydar. “I learned you’ve got to put at least 110 per cent effort into your business, no matter what size of business you have. Make your business as fun as possible, the more fun you have the more money you’ll make!”

Jim’s Group started as a part-time gardening business while Jim Penman completed his PhD in history. It went full time in 1982 and was franchised in 1989. Currently, there are over 3600 Franchisees in four countries, and growing at the rate of around 200 per year.

There are no company owned businesses and all work is done by Franchisees. Franchisor rights are also privately held and all Divisions, except Mowing, are partnerships with individuals experienced in those industries.

Jim is the owner and full-time CEO of Jim’s Group. He is happily married with ten children, loves his work and has no plans to retire – ever!

For all the business success he has enjoyed over the years, Jim Penman remains remarkably unassuming. At the start of the interview, when Wealth Creator asks to confirm his correct business title, he has no idea. He has to pull out his business card, which says he is a director.

“It’s funny though, when you own a business,” he said. “You don’t ever introduce yourself as a director, or CEO or founder or anything like that. I just say “I’m Jim” and that is usually enough.”…As written in Wealth Creator Magazine.